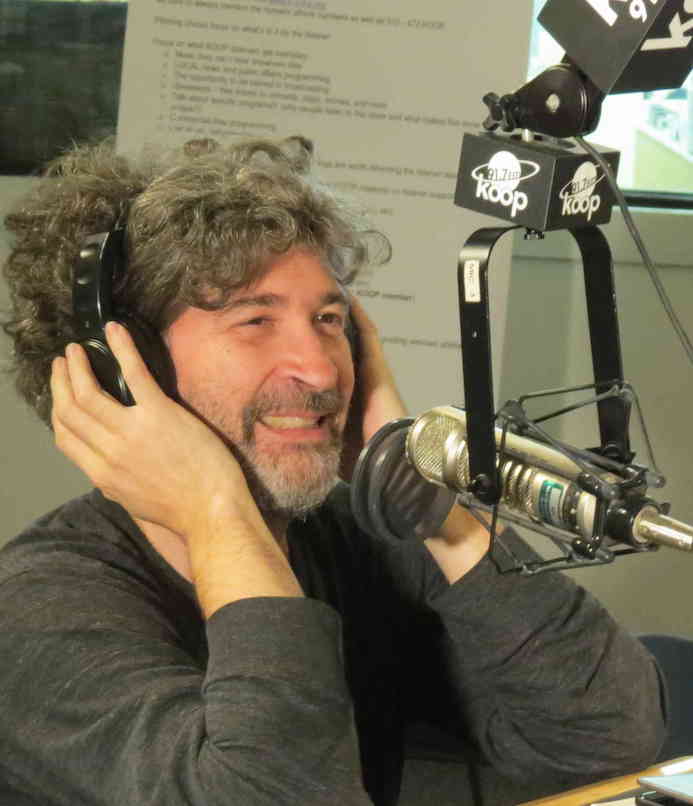 Thorne Dreyer's guest is Austin Chronicle music editor Raoul Hernandez who talks about the Austin Music Awards, South by Southwest, and the Austin music scene, with a lot of stories and cool history. A San Francisco native who arrived fresh out of graduate school to his mother's hometown of San Antonio in 1992, Raoul Hernandez began writing for the Chronicle that year, moved to Austin the following spring, and has been the Chronicle's music editor since 1994. The Austin Chronicle celebrates 36 years as Austin's independent news source, covering music, film, arts, food, and politics with a weekly multiple readership in the hundreds of thousands in the greater Austin metropolitan area. The Austin Music Awards event took place Wednesday, February 28, at ACL Live in Austin. Major talent this year included Lucinda Williams, The Black Angels, John Hiatt, Alejandro Escovedo, Third Root, and much more. Charlie Sexton returned as musical director. The event also benefits the SIMS Foundation. (The SIMS Foundation provides access and financial support for mental health and addiction recovery to Austin music professionals and their family members.) The AMA recognizes the accomplishments of local bands and musicians by honoring them just prior to South by Southwest at an event unique to the City of Austin. The event reflects Austin's outstanding live music achievements of the previous year as voted on by Austin Chronicle readers in the annual Austin Chronicle Music Poll. From its earliest years, AMA has presented numerous genres of music emanating from Texas, including rock, country, blues, Latino, folk, punk, pop, world, and classica. Musicians who first attracted critical attention by winning Austin Music Awards later went on to win Grammys, including Stevie Ray Vaughan, Asleep at the Wheel, Grupo Fantasma, Lucinda Williams, Spoon, and Joe Ely. South by Southwest dedicates itself to helping creative people achieve their goals. Founded in 1987 in Austin, SXSW is best known for its conference and festivals that celebrate the convergence of the interactive, film, and music industries. The event, an essential destination for global professionals, features conference programming, showcases, screenings, exhibitions, and a variety of networking opportunities. SXSW 2018 takes place March 9-18, 2018. Keynote speakers include Bernie Sanders, Arnold Schwarzenegger, and virtual and augmented reality pioneer Nonny de la Peña.Above: Raoul Hernandez in the studios of KOOP-FM in Austin Feb. 23, 2018. Photo by Roger Baker. This show was broadcast during KOOP Radio's Spring Membership Drive. There are two versions of the audio above; pitching for memberships has been removed from the first.
Rag Radio is produced in the studios of KOOP 91.7-FM, an all-volunteer, cooperatively-run, solar powered community radio station in Austin, Texas, in association with The Rag Blog and the New Journalism Project, a Texas 501(c)(3) nonprofit. It is streamed live on the Internet at KOOP.org and Radio Free America. The host and producer of Rag Radio, Thorne Dreyer, is a prominent Austin-based activist and writer who was a pioneer of the ’60s underground press movement. The show’s engineer and co-producer is Tracey Schulz and the staff photographer is Roger Baker. The syndicated show is broadcast (and streamed) live Fridays, 2-3 p.m. (Central) on KOOP, and is later rebroadcast and streamed on WFTE-FM in Mt. Cobb and Scranton, PA., on Houston Pacifica's KPFT HD-3 90.1, and by KKRN, 88.5-FM in Round Mountain, CA -- and as a featured podcast at Veterans Today. Learn more about Rag Radio here. Running time: 45:17 Contact: ragradio@koop.org.